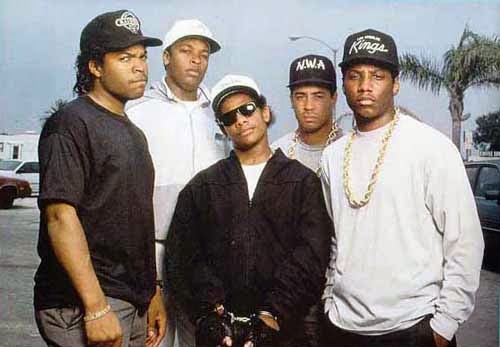 Today I woke up thinking about how to my 11-year-old son has been testing my patience by talking about balls. And I'm not referring to the ones that are thrown, kicked or bounced. Some other kid got kicked in the balls at school--or got a knee in the balls--and so my son just has to tell me about it, which gives him an excuse to say a word he knows is considered rude and vulgar in our house.

Hours later, I am wondering how I could possibly have wasted my time mulling over a word as irrelevant as "balls". Thanks to British dude Piers Morgan--that same soul that got the boot from Don Lemon-friendly CNN earlier this year--I have a new mission in life. I and every other black person in America must now have a laser-like focus on eradicating just one word from the world--a word that Piers has decreed should be "tied to a literary post and whipped into such brutal submission that it never rears its vicious head again." Just like Kunta Kinte, apparently. Or Devo.

We're talking about the n-word--a word that I've never heard either of my sons say. I'm pretty sure they don't say it when I'm not around either. (Psst, Piers, despite that study on Twitter's usage of it, not all black Americans are card carrying members of N.W.A. Hang out with more of us and you'll learn that.)

However, my boys have been called it plenty of times over the years by their white, Latino, and Asian-American peers in this fair city of El Pueblo de Nuestra Señora la Reina de los Ángeles del Río de Porciúncula. According to Morgan, however, that's the fault of other black folks, not those n-word saying children, their parents, or the deliberate system of oppression that exists in our society.

Or at least, that's what he insinuates over at that bastion of Kim Kardashian gossip, The Daily Mail. Morgan (or one of the click-hungry editors over there) actually titled his post, "If black Americans want the N-word to die, they will have to kill it themselves."

To sum up Morgan's argument, black Americans use the word left and right and that makes it really really hard to tell white people that they can't use the word too.

Gee, I had no idea white folks are waiting for direction from black folks on how to behave regarding the n-word. WHO KNEW black people had so much power over white folks' n-word usage??? Also, according to Morgan, white people are WAY confused by contrary black people and their pesky "It's different when it ends in 'ER' instead of 'A'" distinctions. GOSH, black people, stop being so complicated!

"Your average dim-witted, foul-mouthed bigot – and there are plenty of them as Twitter can attest – thinks: ‘If they use it, why can’t I?’" wrote Morgan. "They hear African-Americans say the N-word to each other and claim victory: ‘See, that’s what they even call themselves!’"
Hmm... I can't help but wonder if Morgan includes the late John Lennon and Yoko Ono in his foul-mouthed bigot category. After all, back in 1972,  those two released a song called "Woman is the Nigger of the World". Then again, John and Yoko probably heard Stokely Carmichael saying the n-word--or Lil Wayne--and that made them decide it was just perfect for a song about gender inequality.

Also, doesn't Morgan's argument that white people would stop saying the n-word if black people stopped remind you of people who believe men would quit sexually assaulting women IF ONLY the laydeez would cover themselves from head to toe in brown burlap sackcloths? (Note to Piers: Please don't troll the world with a post for The Daily Mail titled, "If women want men to stop raping them, they will have to kill it themselves.")

No, I wouldn't be heartbroken if I never heard the n-word again. Sure, it's BEYOND annoying when white folks rap "Jigga My Nigga" at a party and they ask you whycome you won't sing along with them? But I also know that we can have 10,000 n-word funerals and/or essays from Piers Morgan on the word (please, God, no) and both overt and covert racism will still exist.

Actually, maybe the Queen can drop Piers a note telling him that racists don't have to use the n-word. Ever.

A landlord who never uses the n-word can keep on telling black folks that sorry, the apartment is already rented. A school system that never uses the n-word can keep right on tracking black kids out of honors and AP courses, and an employer that never uses it can keep on passing up resumes with black-sounding names. If Piers wants to write some real talk about how white folks need to stop doing those things immediately, by all means, he needs publish away. I have a feeling that black America is totally waiting to click and share that.