Thanks to Chemotherapy, My Hair Is Now Circling the Drain 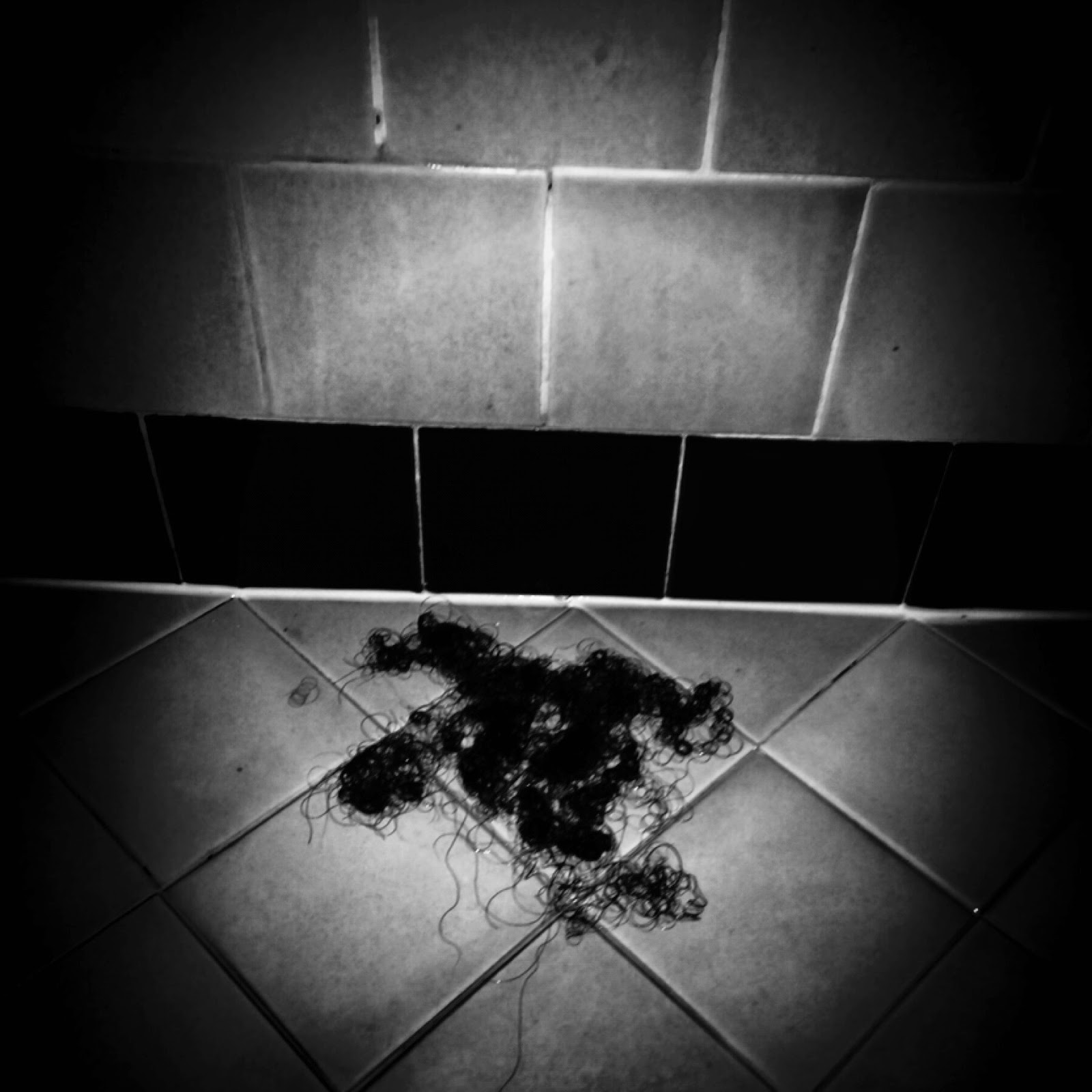 It's one thing to know that your hair is going to fall out because of chemotherapy, but 10 days into treatment for breast cancer, it's another thing entirely to actually experience your locks leaving the body. Alas, there it is, the evidence on my shower floor that my hair is indeed starting to come out. I promise, that is totally not me just being a lazy person who only cleans once every blue moon.

It's not every curl on my head because once the chemo fairy waves her magic wand, hair decides to give the scalp the peace sign when it gets good and ready. It's a gradual process.

My two sons have been especially fascinated by the science behind this. Normally, the cells of your hair follicles divide every 23 to 72 hours. Chemotherapy, however, not only kills cancer cells (yay!), it also destroys hair cells. No more division, hence hair on my shower floor. That said, some people (so I've read) never lose all of their hair.

By this past Monday, day six after chemo, I was so sick I'd lost nearly 15 pounds, could not walk unassisted, could not hold a pen to sign my name, and was having psychedelic dreams about squirrels biting my bones. Oh and my scalp felt like it was on fire and itched like I had every single child in Los Angeles' case of lice all at once. Ding, ding ding: That symptom is a winner on a new gameshow called Signs Your Hair Is About to Say "I Quit This Beeyotch."

My doctor had me come in so she could make sure I wasn't about to punch a one-way ticket to the LA County morgue. While there, I ran the "Maybe I'm magic and won't lose my hair!" pipe dream by her. I can now say that my doctor is a master of the Sympathetic Side Eye. Her look was a fabulous mashup of these two versions of Oprah:

"It'll start coming out by day 10," she told me. She'd previously told me that days 10-17 are when it starts happening. By jove, she was right.

How do I feel about this? I know hair grows back and I know this has to happen in order for me to get well. That said, it is a little depressing. I like my hair. It's my one really decent physical feature. I also like my eyelashes and eyebrows and yep, those will probably go, too. The soon-to-be-missing eyelashes probably bother me the most.

I have no idea how long the hair shedding will take. Will I be bald by Labor Day? Will it hang on until I start looking like Predator? 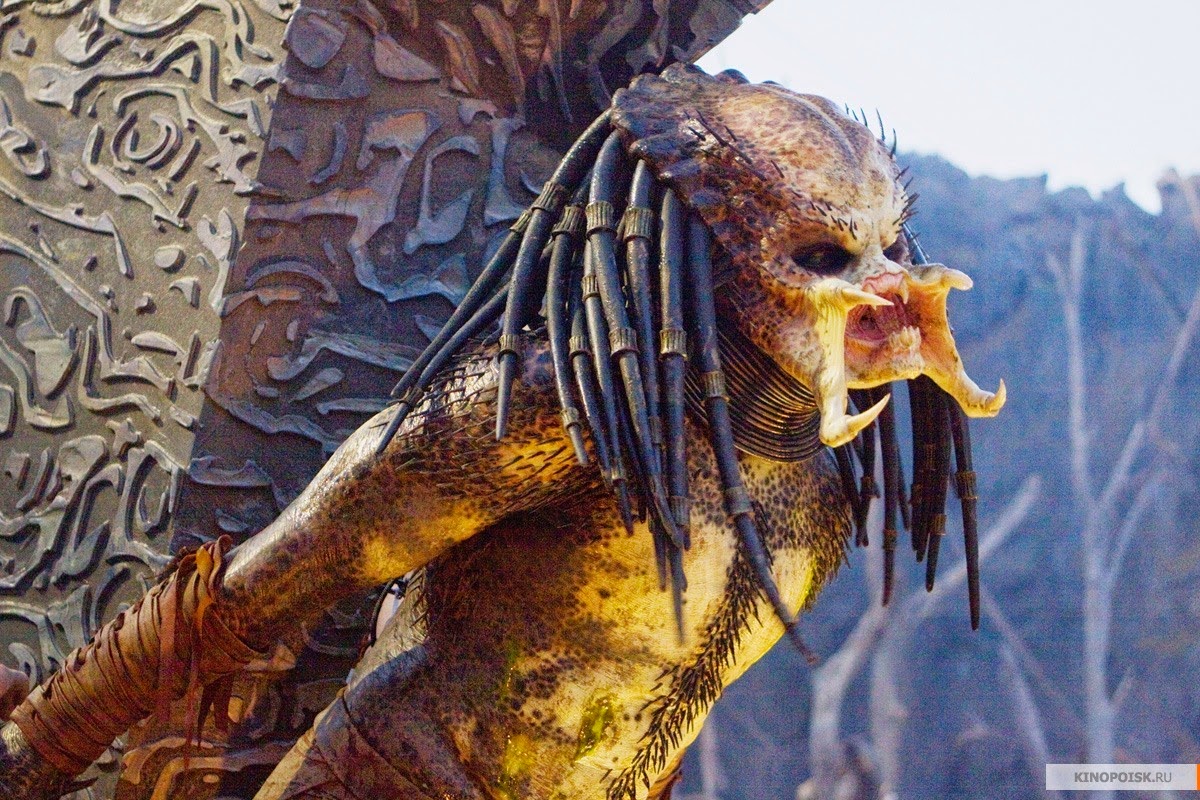 Bald on the top and hair on the edges? I could rock this, right?

After it falls out to the point that I decide to go on ahead and just shave my head (I told my sons they can shave it for me), I will surely go sit in the Starbucks on Crenshaw and record for posterity the horrified gazes of folks as they stare at a bald black woman in Los Angeles. In the meantime, let me just say that if one more dang person mentions that India Arie song to me...just no. Don't do it.

It was sweet at first but now I'm at the point that if I could destroy all copies of that record or CD in existence I would. Someone create a huge zapper that will take out all the digital versions of it too. No, I'm not my hair but c'mon now, I don't particularly enjoy it coming out of my scalp and washing down the drain, either. And, ahem, when it happened, it kinda scared me.

You know how it is, you're in the shower, you put your head under the water, you close your eyes. You try to forget about the California drought and H2O conservation because daaaang, the water feels good. But wait, what just hit your leg?

Blame the time back in the day when I was taking a shower in my apartment in Guangzhou, China and huge cockroaches started running up the drain and into the shower with me. Years later and I still think about it every time I get into a shower. Once roaches attack, you can never mentally go back.

Fortunately, it was just a clump of my hair falling out of my head and hitting my leg. As traumatizing as that sounds, trust me, it's way better than roaches.

Last Saturday morning my good friend Kimmy took me to this wig shop in North Hollywood. I was a mess physically and could barely make it from her car to the shop, but we picked out something pretty cute. It didn't quite fit since right now I have so much hair it won't behave itself under a wig cap. But as you can see from my shower floor, that's soon going to change.
Email Post
Labels: cancer chemotherapy Hair

Anne said…
Hi Liz, you will never look like Predator. You will always be beautiful. Wishing you the best.....(from a mostly incognito blog reader)
9:50 AM, August 22, 2014

Nerd Girl said…
Liz - you are a beautiful woman and while your hair is indeed glorious, it is not your "one really decent physical feature."

Miss Shuganah said…
I have breast cancer, too. Several days away from round five of chemo. Chemo is arduous but you and I can both do this. Best wishes.
6:55 AM, August 23, 2014

Chookooloonks said…
Auuugh. I hate this is happening to you. And even with all that, I agree with you:

TOTALLY better than a roach. *shudder*

BigmacInPittsburgh said…
Wish. you only the best,I have a family member who is on their last cycle of chemotherapy.
5:48 AM, August 27, 2014