Happy Birthday to My Brother Who Would Have Turned 50 Today 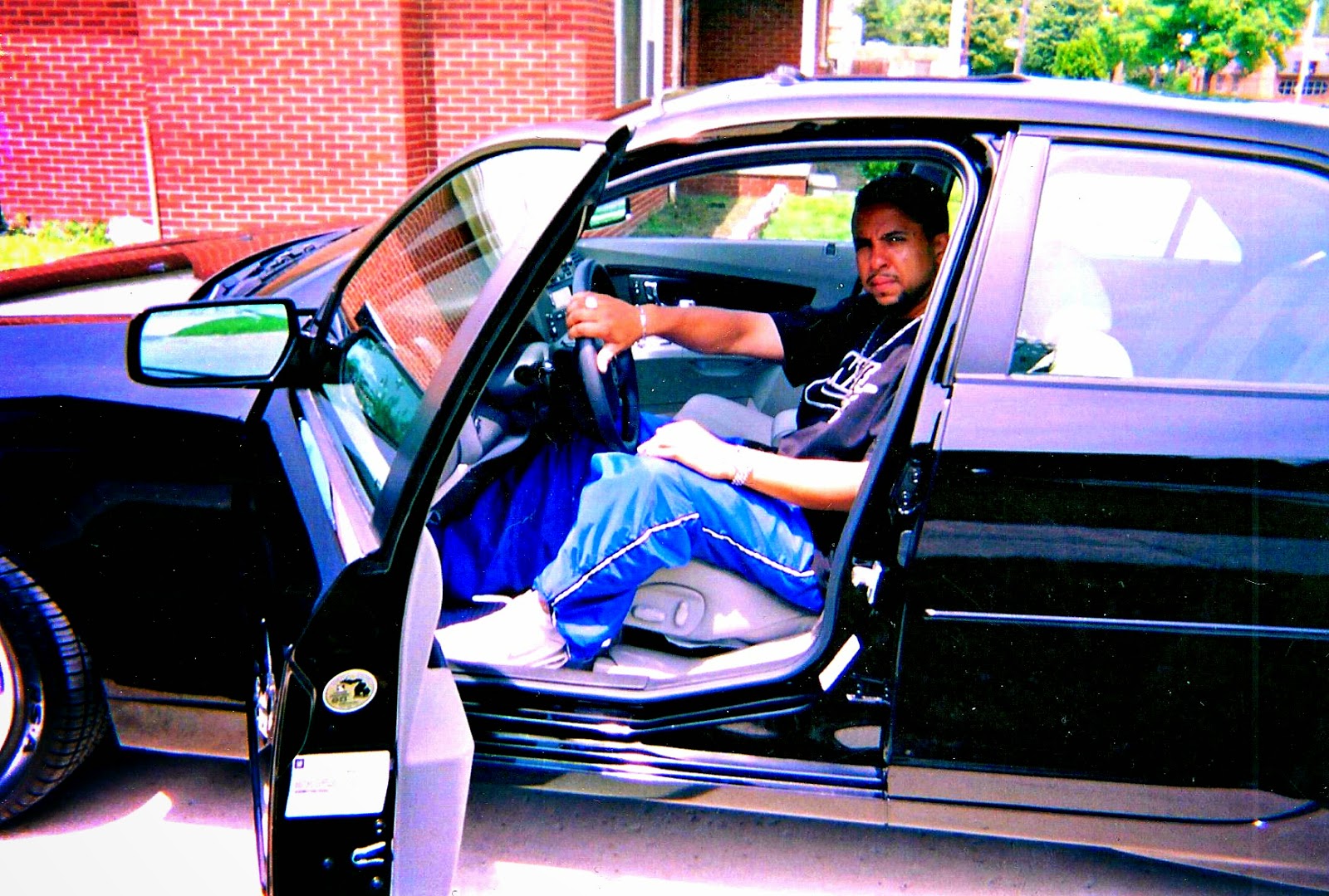 My brother always loved cars. Some of my earliest memories are of him painstakingly putting together a model of a 1969 Camaro or perhaps a '65 Ford Mustang. He'd focus intently as he glued the various pieces together and his face would beam with pride after he'd applied the final coat of paint. Then he would tell me, his annoying little sister who was nearly nine years younger, not to touch.

The caption on the back of the photo reads "Christopher and his car. Cadillac CT5 '04." A couple of weeks ago I was rooting around in a closet when I spied a thick envelope addressed to me. The cursive handwriting on the front was unfamiliar and rather illegible. I flicked open the flap and peered inside. Pictures. Lots of pictures: My brother drinking a beer at a party, him hugged up with his then-girlfriend, him holding someone's baby, a dozen roses he'd sent to the girlfriend, a shot of his last birthday cake, him with my mom, my sister, and with my niece, his daughter. And several of him sitting in his car.

I vaguely remembered that the woman he was living with at the time he committed suicide had sent the photos to me a couple months after his funeral. I must have given her my mailing address in a moment of politeness. It was probably either that or punch her in the face.

I wanted to hurt her as she sat in my parent's dining room after the funeral, eating her food and loudly sharing stories of how much she loved and would miss "her Chris" and how much he had loved her. As she talked, chewing with her mouth open and reminiscing about the good times she'd had with my brother, I imagined myself just walking up to her and smacking her off her chair. And then grabbing her by her ratty weave and bashing her face into the floor.

I did none of that. I just smiled. I told myself that polite, civilized people don't kick their dead brother's girlfriend's ass after his funeral. Not even if they really want to.

My mother sat only a few feet away, looking composed. But her eyes would shift to the grieving girlfriend in a way that made me worry for the other woman's safety. The girlfriend somehow managed to avoid talking too loudly about the final blowout argument she had had at Christmastime with my brother and how she'd given him the "You're a broke and no good black man" speech.

I tried to remember that it wasn't the girlfriend's fault. No one expects a man to leave and go shoot himself after heated, hurtful words are exchanged. Yet, I remember other family members and close friends looking at that woman and whispering, "She really has some nerve showing up here."

Yes, she needed to shut up. She didn't really know my brother. She was just his latest girlfriend, a pit stop along the way. Many had come before her. Sadly, she would be the last.

The woman who he called mom, who truly knew him, was so controlled, so quiet in the way she sat in her chair. She spoke in hushed tones and gratefully accepted the condolences of friends and family members. I worried that she might snap.

I wonder if that girlfriend remembers that today is Chris' birthday. I'm sure she has moved on to someone else who is the new love of her life. I hope that she has.

My mother will never forget the day she gave birth to her son. She'll never forget all the pain he caused so many. But I hope there are happier memories. Happier thoughts, like of her little boy who loved to build model cars, even if it's a memory that brings tears.
Email Post
Labels: Family Suicide

Jerre Michelin said…
Such a beautiful remembrance of your brother. He is rejoicing in paradise and having a Happy Birthday!
God Bless you and your family Liz.