After Trayvon, Can a Can of Arizona Iced Tea Ever Just Be "Tea" Again? 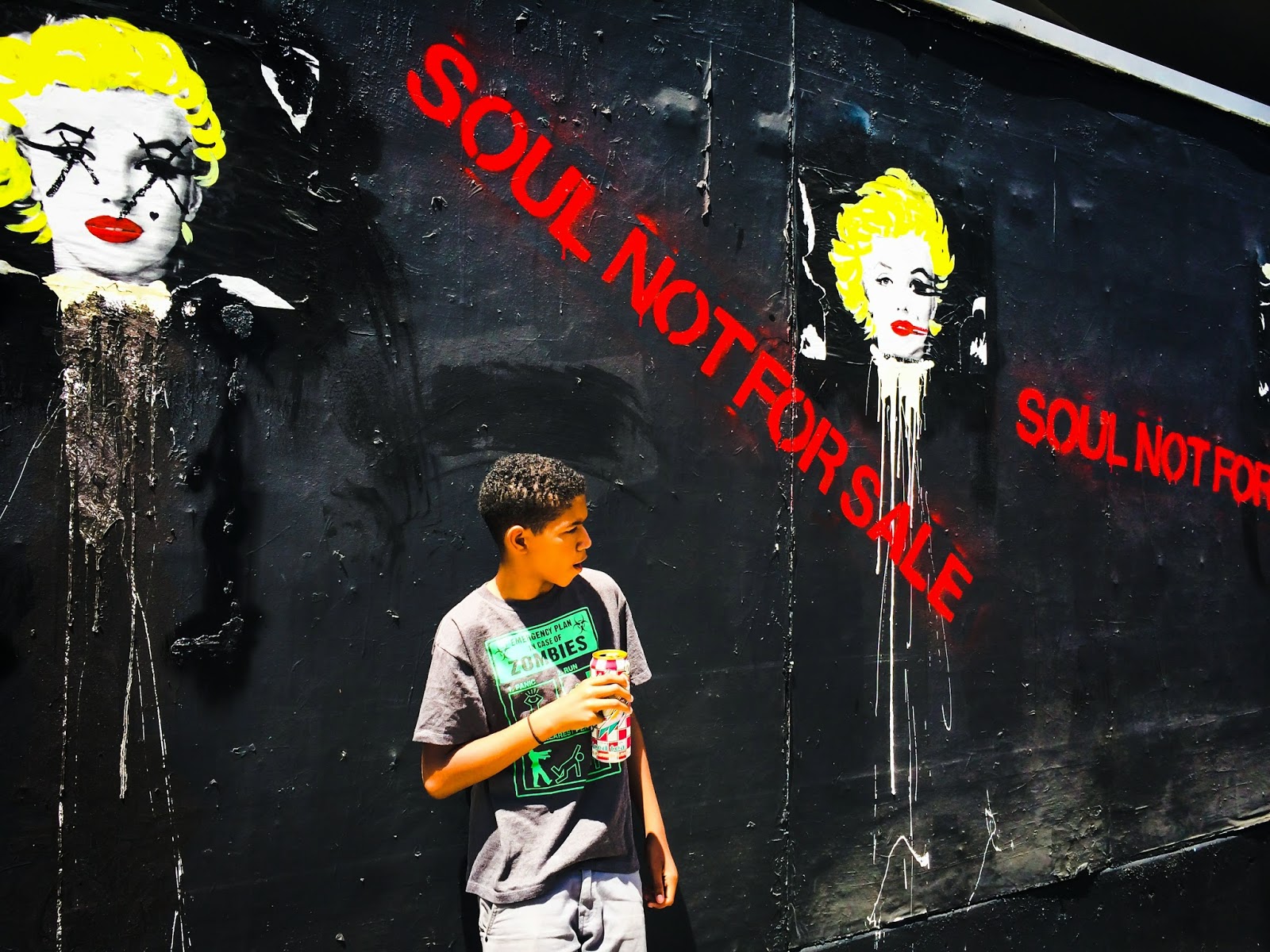 Are you sure you want to buy that?” I asked.

My eyes fixed on the Arizona Iced Tea can my 13-year-old son was reaching for and a feeling of unease washed over me. “Why don’t you get something else?”

It was a hot Saturday afternoon and although we were only a block from where I’d parked my car on Sunset Boulevard, my son, Mr. O, was thirsty.

O’s voice is cracking. He’s now as tall as me, and as he grows he has turned into the human version of a food black hole. Over the past few months I have learned that there are few things worse than a teenager who is either hungry or thirsty. They’re like bigger toddlers, still prone to tantrums if their basic needs haven’t been met. I wasn’t in the mood for a bout of teen sulking, and so we ambled toward the small gas station convenience store a few feet ahead of us.

As we entered, I observed the guy behind the counter look me up and down, and saw his eyes narrow as his scrutiny shifted to my son.

“How’re you doing?” I said loudly. I made sure my eyes smiled as I spoke the greeting, even though I recognized the suspicious way the man’s gaze perused my son. I waited near the register as O headed over to the refrigerated cases and slid a glass door to the right.

“He’s just getting something to drink,” I said to the cashier. “How much is a soda? I’ll go ahead and pay for it while he’s making up his mind which one he wants.”

My unsaid message: Yes. I have money. No, that black teenager is not trying to steal from you.

The cashier demurred. “I have to scan the bottle.”

“Remember I gave up drinking soda, mom,” I heard O say. “I’m gonna get this iced tea instead.”

I turned to see him reaching for the 23.5 ounce, hot pink, gold, and green can of raspberry-flavored Arizona Iced Tea.

“Are you sure you want to buy that?”

Out of all the options available in the gas station convenience store—Coke, Diet Coke, Sprite, Pepsi, Diet Pepsi, Dr. Pepper, A&W Root Beer, Barq’s Root Beer, and Hawaiian Punch—why did he have to choose that awful Arizona can?

“When did you start drinking that crap?” I demanded.

“What’s wrong with this?” he replied in a slightly defensive tone as he grabbed the can. “It’s just iced tea.”

Just iced tea, I thought to myself. No, it is not "just" iced tea.  But I didn't say that out loud. Instead I began rambling.

“I thought you like Hawaiian Punch or that grape stuff. You should get that. Or maybe we should just go. We’re going to lunch in a little while anyway. Just get some water. It’s better for you.”

It was too late. O began walking toward me, can in hand. And I imagined another teenager walking home with a similar can. Another teenager who had simply been hungry and thirsty like my son. And that teenager, whose skin was brown like my son’s, has been dead for over two years.

“I like this stuff,” he said. “How come you don’t want me to get it?” He handed the can over to the cashier.

The cashier paused for a moment. “So….um…do you want me to ring this up?”

I dug in my wallet for two dollars and handed it across the counter. I wordlessly accepted the change the cashier gave me in return and turned to walk out the door.

O followed me out of the station, cold metal can in hand. “Mom, are you okay? Did that guy say something to you?”

I could hear the confusion in his voice. “No, he didn't say anything to me," I answered.

“Well, uh, I don’t have to get this iced tea if it’s going to make you this mad.”

“Do you know why I don’t want you drinking that iced tea?” I stopped on the edge of the gas station parking lot and looked O in the eye.

“Because it has a lot of sugar?” he replied.

And that’s when it hit me. For O, it really was just a container of iced tea.

My son has never heard the 9-1-1 phone call that a neighbor in Tracy Martin’s apartment complex placed on the night of his son Trayvon’s murder.

My son never clicked on Gawker's home page only to be confronted with the horrible image of Trayvon Martin’s dead body, which the site published in the aftermath of the teen’s murder.

I looked at O and saw the innocence there. And breathed. “That iced tea better have less sugar than Hawaiian Punch.”

A look of relief appeared on his face and he cracked the tab on the can’s lid. “You can have a sip.” He offered me the colorful container. And I decided to be honest.

“I didn't want you to buy that can of tea because that's what Trayvon Martin bought the night he was killed," I told him. “It's just something I don't want to think about maybe happening to you. And that tea makes me think about that, which is probably stupid, but there it is.”

O's face fell. I watched as the light in his eyes dimmed. Then he put his arm around my shoulder and gave me a side-hug. “Don't worry so much about it, mom,” he whispered. “It's going to be okay.”

We paused on the sidewalk a few feet to the east of the gas station. O sipped his tea in silence as he leaned against a backdrop that had been painted black. Images of Marilyn Monroe and the words "Soul Not For Sale" patterned it. He stared into the distance. And as I leaned against a pole a few feet away, surreptitiously snapping photos of the changing expressions on his face, I began to doubt my decision to reveal exactly why I didn't want him to buy that can of tea.

Back when I was pregnant with O I had a conversation with an acquaintance of mine, a black man who was teaching in the Mississippi Delta. He had three children. All boys. And one night over dinner, I asked him how he and his wife did not lose their ever-loving minds worrying about what could happen to their sons.

He told me he prayed a whole lot, but he acknowledged that a black parent's prayer cannot always stop a gun's bullet from finding its intended target. And as we marveled over the ability of African Americans to persevere, we wondered, how were any of our parents or grandparents at all sane given the mental and physical racial brutality they endured?

In 2014 is it possible for a black teen boy's mother to see Arizona Iced Tea simply as a refreshing treat? Can a mother who lived through the push to get George Zimmerman arrested, his trial, his acquittal, and his shameful post-verdict antics ever again see one of those cans as merely a cylinder holding a sugary concoction that her son might want to drink to quench his thirst?

Is it possible for me?

The one-year anniversary of Zimmerman's acquittal came and went last Sunday. O hasn't asked me for another can of Arizona Iced Tea. I'm not going to offer to buy him one.
Email Post
Labels: Black people black boys murder race Trayvon Martin