About That Awesome Time When Michael Jackson and The Smiths Made a Song Together...


What do The Smiths and Michael Jackson have in common? It's tempting to completely side-eye the entire seemingly-blasphemous question—die-hard fans of either may be in need of an oxygen mask. But take a deep breath because with "Oscillate With You," a fresh mashup of The Smiths "Oscillate Wildly" and Michael Jackson's "Rock With You," Los-Angeles based web guy, DJ, and music nerd Daniel Barassi will have you wondering why these two musical legends from such disparate musical genres never shared a stage or made an official collaboration.

I've known Barassi for years since we both have a crazed obsession affection for a little band named Depeche Mode. I decided to grill him a little about what inspired him to put together two acts that represent two musical sides of the industrialization coin. History lesson alert: Manchester, England, home of The Smiths was the world's first industrialized city, while Gary, Indiana, birthplace of Michael Jackson, is a town founded by the United States Steel Corporation—see, they do have something in common.

Barassi told me he's been making mashups "since before the name was used," and he has a penchant for "throwing songs that had no business being in a mix." Exhibit A: The first "professional" mashup he released tossed Christina Aguilera and The Prodigy together for a little "Prodigy In A Bottle" fun.

Barassi says his average mashup takes "three to four hours to whip up, with some fine tuning afterwards." He knows he's got a dud if it takes any longer.

"Forcing two tracks to fit via hours and hours of meticulous re-pitching usually means that they were not destined to blend together," Barassi adds. After all, if you have to force the tracks together, the end result's going to sound pretty "unnatural."

To create "Oscillate With You," unlike us mere mortals who just click "play" on songs and zone out, Barassi took a spin through his massive iTunes library, looking for tracks that were 116 BPM.

"I hit the Smiths song early on," he says, "but was trying to avoid it. I feared the wrath of angry Smiths fans." 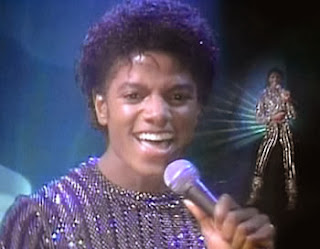 Smart thinking when you live in Moz Angeles and folks take their Morrissey worship to another level. "I figured Smiths fans wouldn't like it, but, you know what?" says Barassi, "I like The Smiths. I also like Michael Jackson."

Indeed, Barassi's a brave soul so he went ahead and made the mashup. The response so far has "varied from 'Weird, but interesting' to 'wow!'" says Barassi. One nice surprise was that Mike Joyce, the drummer for The Smiths, actually tweeted it to his followers. "I am sure he got some very mixed reactions from Smiths fans," Barassi says, "but it was very cool of him to promote the mix."

"Hearing the songs together brings them into a new area, which is always my goal," adds Barassi. "Make songs you have heard over and over fresh."