Sixty-seven days since he passed, and the tears still come when I least expect it. How long will I keep wandering over to his Twitter account to check out what he's up to? I keep doing it out of habit, and then I remember.

When my iTunes shuffles to Anna Stesia and I sing along with the final verse: "Love is God, God is love, girls and boys love God above." The tears come.

When I tell my 15-year-old son how, pregnant with him, I'd come home from teaching in Compton, hook a pair of headphones around my belly, and play hours of Prince to him in utero. I made a little mix CD to play during his birth, and it was full of Prince songs. My son rolls his eyes a bit over this story. The tears slide down my cheeks.

When Muhammad Ali passed and people took to social media to share photos of him with Prince, I adored the sweet, playful images that send a clear message: We are more than your expectations, there is more than one road to blackness. One river filled with the salt of our tears.

I wrote about Prince's death and social activism for work but I couldn't write about it for me, until Sunday night when Sheila E. poured all of her heart and soul into her tribute to him at the BET Awards.

It was the closest we'll have to a public memorial for him. I cried with her at the end—it was cathartic. But as much I was grateful for it, as much as I soaked up her fire, and felt like I was getting the Holy Ghost from it, it wasn't enough. Because she wasn't Prince. 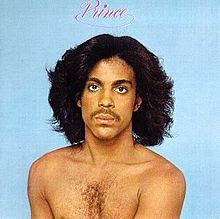 I first heard Prince when I was seven, nearly eight, and at my grandmother's house. My cousin, who lived with my grandma, began playing a copy of Prince on his turntable.

I stared at the record sleeve, at Prince's luxurious-looking press out with its flipped up ends that rivaled Farrah Fawcett's feathered hairdo. My eyes did what they do right now—roam back and forth between the hair on his head, the mustache above his mouth, and the bit of fur on his chest, and then to his eyes.

The word "curious" comes to mind. Does he have on any other clothing... or not? And if not, what does that mean?

Start off as you mean to go on, is what we're told. And Prince disrupted our senses, got us wondering what was beyond our view, encouraged us to think about all that we weren't seeing. With Prince it was always the physical as a metaphor for the spiritual. It's tempting to dwell in the physical with him, but he coaxes us to push ourselves to the realm of the spiritual—are we willing to go there with him?

My grandmother was not. I still chuckle when I think about her putting the brakes on us listening to the record by "that boy who sings nasty."

Virtue and sin. Were we in?

The summer of 1988 I sneak-listened to a cassette tape copy of Lovesexy that I stole from my cousin. I played it with a fancy gold-plated Walkman that my brother acquired from one of his wealthy, cocaine-addicted friends. My parents didn't know about either the tape or the Walkman. Late at night, long after midnight, I closed my eyes, pressed play, and imagined. Side one, flip the cassette, side two, flip the cassette back to side one.

I never met Prince, but like all of us who loved him, I have fun stories of my adventures "with" him. I bombed a job interview in 2004 because I went to a Prince concert the night before and was having such a spiritual hangover from it that I couldn't concentrate on proving I was worthy. What did it matter when the night before Prince had told us that we were good enough? That he loved us.

And then there were the times, I actually told people I was related to him.

When I lived in China in the mid 1990s the country was still mostly closed to the West, but there were plenty of bootleg Prince CDs for sale at the bargain price of $1 a pop. People there asked me all the time if I was related to him, or if I knew him. I was black, he was black. Our skin tones were a similar kind of black. Draw a mustache on me and voila, I'm Prince. Sometimes when I was really bored, I'd tell enthusiastic, friendly Chinese people that yes, Prince was my brother, or my cousin.

At least once a week I end up reminiscing about his cover of Roxy Music's More Than This. He performed at the Forum in Inglewood back in 2011 and I lost my ishtar over it at that show. Always surprising us, always experimenting, always staying true. That was Prince.

The sad irony is that audio is only available now because Prince is gone. You hear that crowd screaming at the end? I was there. Tears streaming down my face, cheering with my heart on my sleeve. May it always be like this.