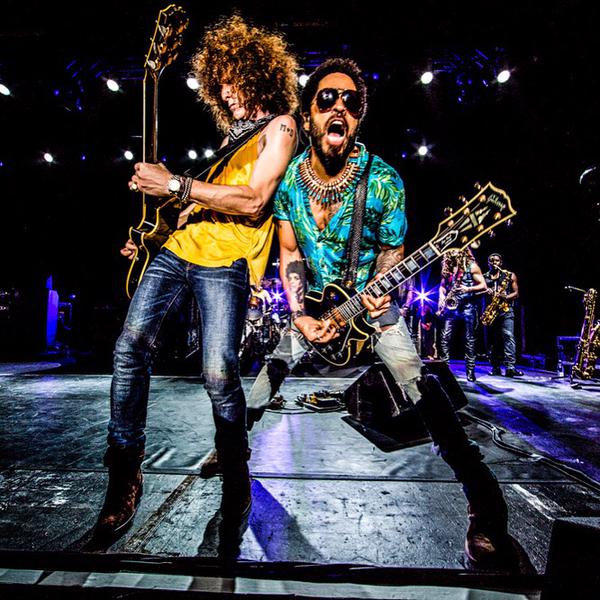 I should have learned my lesson that one time I clicked on the hashtag #EggplantFridays and learned that the term does not refer to vegetarian recipes.

But on Tuesday when Lenny Kravitz's name started trending on Twitter and I checked to see what was up with the rocker...well, we all found out that he had split his leather pants open while jamming on stage in Sweden. And, ahem, he exposed his eggplant.

Plus a healthy dose of this.

Editors at websites were clearly barking out orders for somebody, anybody to drop their assigned stories and whip up a quick image-heavy post about Lenny's penis. Outlets began posting the uncensored GIF of Kravitz shredding on his guitar, squatting and thrusting as he played—and then his penis popping out. Squint really hard and you can see that Kravitz has jewelry on his privates...now there explainers out there telling us what piercing Lenny has and why.

Clever headlines borrowed from Kravitz's song catalog: "Fly Away" became "Lenny's Penis Is Flying Away From His Pants." Because this is what we have come to—all of us turning into giggling seventh graders whose juvenile tendencies drive page views and ad dollars.

Except for The Washington Post, of course. The paper kept it classy and highbrow by telling us that, according to the footage, Kravitz is indeed Jewish: "And unless the whirl of enlarged pixels deceives, Kravitz bears what the god of the Old Testament, in Genesis 17:11, called 'the sign of the covenant between me and you': circumcision."

Today I began thinking about how if Kravitz was a woman, folks might not be reacting in such a FIST BUMP TO LENNY manner over the incident.

I began thinking about Janet Jackson. 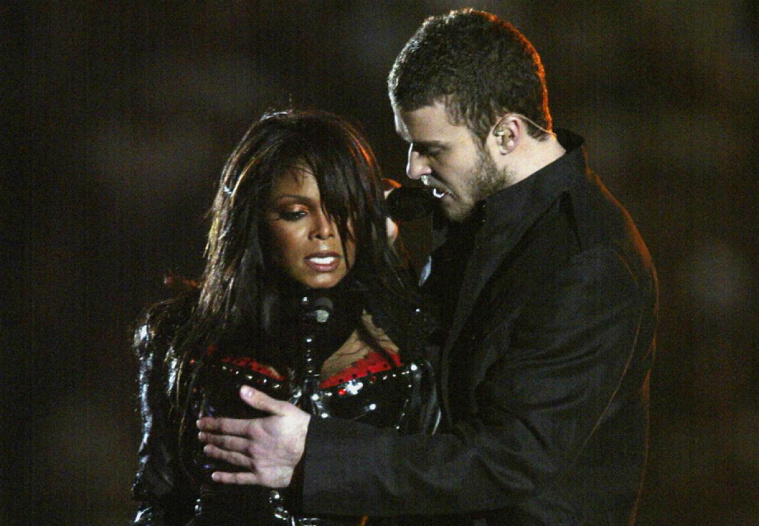 Travel back to 2004 to Super Bowl XXXVIII when Justin Timberlake sang "I'll have you naked by the end of this song"—and then tore off the fabric covering Janet Jackson's right breast.

We saw her boob for a blip. If we looked hard enough, we saw that Janet had some sort of nipple jewelry. And the subsequent searches for the footage of JT tearing her clothing off broke the internet.

Timberlake went on to continue his successful solo career. As for Janet, sadly enough, she was shamed by the media and many cultural critics, and was blacklisted by radio and MTV.

So no wonder that this morning I woke up contemplating what would have happened if Lenny's wardrobe malfunction had gone down back in February when he performed at Super Bowl XLIX with Katy Perry and Missy Elliot. Like Janet's incident, Lenny's exposure was a blink-and-you'll-miss-it moment. But if it had happened during the sporting event, would so many people still be giving him virtual high-fives and speculating on whether he's a "grower or a shower?"

In a thought-provoking piece over at Refinery29, writer Erin Donnelly asked if #PenisGate is no big deal because Kravitz is a man.

"If Taylor Swift split her crotch during a concert, people would be outraged on her behalf if photos surfaced. Why doesn't Kravitz deserve the same response?" wrote Donnelly. "Also, why is he deemed cool, whereas a woman in a similar situation is branded a slut? A guy can get away with not wearing underwear, but a female celebrity exiting a limo can't. He's a dude, whereas she's clueless and skanky—or so the public response would have you believe."

Hmm...nowadays folks are so on Taylor Swift's jock that if what happened to Janet happened to her, all Swift would probably have to do is cry and do her "Who, me?" look. All would be forgiven and folks would probably start snapping pics of themselves with torn crotches and posting them with the hashtag #SquadGoals.

Donnelly also suggested that none of us should be looking at Kravitz's penis in the first place because it's a violation of his privacy. We should "not be so eager to turn another person's genitalia—male or female—into online fodder that we can gobble up," Donnelly added.

It's tough to argue with that line of thinking. That said it was seriously difficult to avoid the footage/images on Twitter (or is it just me and the people I follow???) The GIF of the incident popped up on my timeline multiple times because folks I follow posted or retweeted it. It began playing as I paused while scrolling through folks' updates. And it was like a trainwreck—once you've seen it, you can't stop watching...

In any case, given the world's interest in #PenisGate, it sure seems like Kravitz should be a worthy candidate for the next cover for the People magazine's "Sexiest Man Alive."