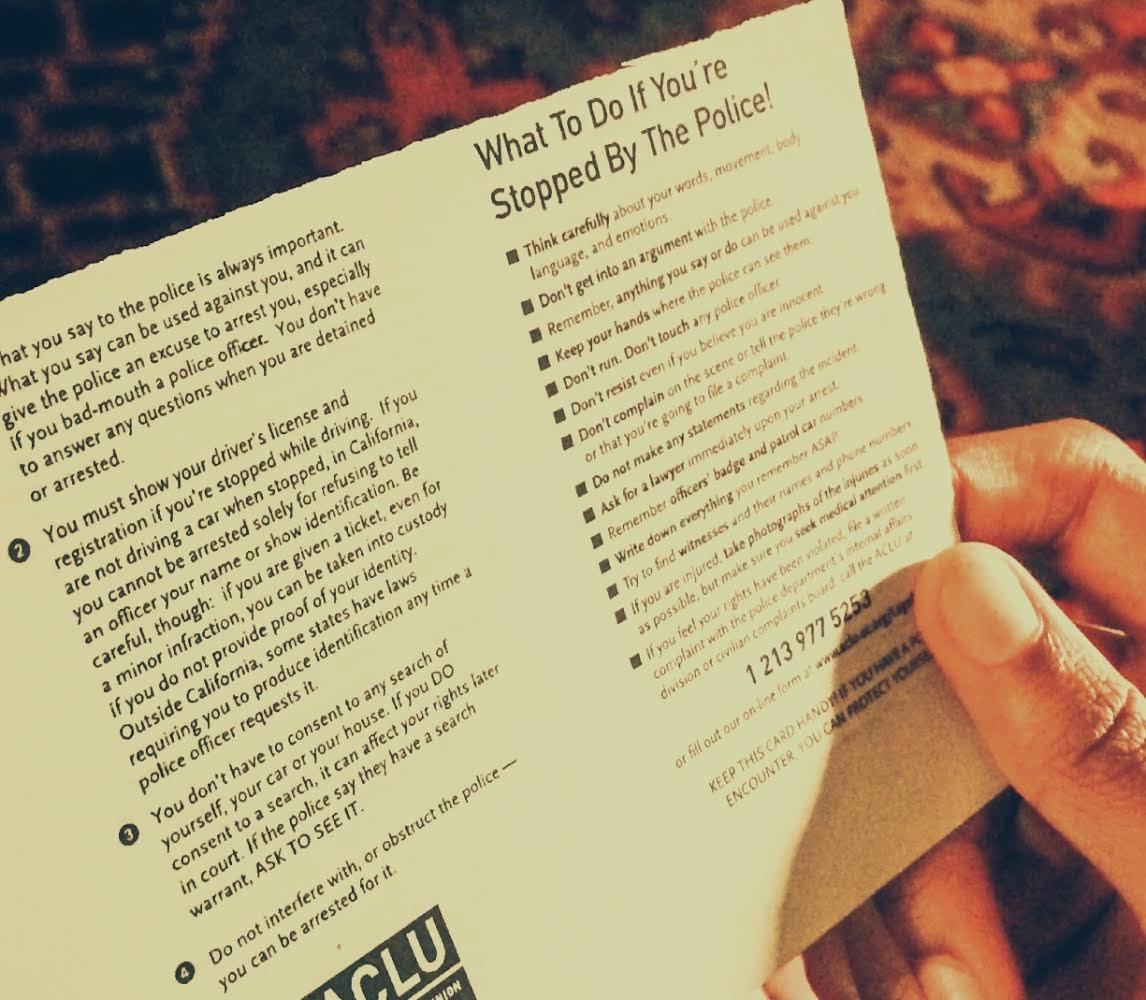 I can't stop thinking about that white lesbian couple from Ohio who is suing the Chicago-area sperm bank that mixed up the goods and gave them black sperm instead of the white sperm they wanted. I'm kinda picturing them going for some Brad Pitt in his Benjamin Button motorcycle prime sperm... and getting some old Kanye "George Bush doesn't care about black people" West sperm instead.

As a result the women have a two-year-old biracial daughter named Payton. Although they love her, they have to deal with racists and it's stressful. Voila, a "wrongful birth" lawsuit.

Not getting the sperm you want...no, I can't relate. I really can't imagine the horror of knowing you had picked your baby daddy and the sperm bank turned around and ruined everything.

Listen up sperm banks of America: When two white women say they want white man sperm number 380, that's exactly what they freakin' mean. Not sperm number 7779311. Not sperm number 8675309. And certainly not Kanye sperm number 330. I mean, come on. Most black folks don't even want Kanye sperm anymore. Bring the pitchforks and the legal tear gas cos sperm and clerical errors do not mix. (And we have now set a record for the number of times I've written the word "sperm.")

In the suit, the women, Jennifer Cramblett and Amanda Zinkon, claim it's waaaay difficult to comb the little girl's hair. Clearly, the devil must be keeping internet search results for "How to wash, dry, and style naturally curly hair on a child" from these two women. The moms have even had to drive to a black salon and interact with black people who are, like, totally on the mean girl tip.

"Getting a young daughter's hair cut is not particularly stressful for most mothers, but to Jennifer it is not a routine matter, because Payton has hair typical of an African American girl," states the lawsuit. "To get a decent cut, Jennifer must travel to a black neighborhood, far from where she lives, where she is obviously different in appearance, and not overtly welcome."

And now, presenting the face of every black person in America after reading that:

Jeez, let me tell you, life has been such a breeze being the only black person in all white, or nearly all white settings, for my entire education and every job I've ever had except teaching in Compton. I can't AT ALL imagine how it must feel to be Jennifer.

Think about how tough it has been for her: She's a white women living in a nation that is majority white and where white people hold the majority of wealth, where white folks see themselves on the cover (and in every Gucci and Prada ad inside) of pretty much every magazine. When Jennifer watches television, she sees that white people are the main characters of most television shows and they dominate the news media. Oh, and white folks are the majority of Congress...but then those mean black people do not make ponies and rainbows fall from the sky when Jennifer steps in the beauty shop.

Along with the hair, Jennifer and her partner claim they now have to deal with crazy racist comments from their relatives and other residents of their tiny, 2,800-person, 98 percent white town. They want to escape to somewhere in America that's not as racist and they want the sperm bank to pony up some cash to cover the costs.

Where oh where could this mythical, racially desegregated city of rainbow coalition welcome wagons be?

Someone tell Jennifer and her partner to avoid New York City. De facto stop and frisk and Eric Garner getting choked to death by police for selling bootleg cigarettes...yeah, not the place to be.

Don't come to Los Angeles either. We have smog, earthquakes, Rodney King, the Watts riots, the Los Angeles riots, my sons experience racism in school, before I had cancer my hair got pet a whole lot by white folks, and this summer a black woman got beat down on the side of the freeway by a California Highway Patrol officer. Red alert, red alert. Avoid. Avoid. Do not drive your "Biracial Baby on Board" automobile to this town.

Also, the white moms have apparently been told that they need to move somewhere with amazing public schools that will 100 percent do right by a black/biracial child--or else little Payton is not gonna succeed in life.

Hmmm...given that schools are as racially segregated as they were before Brown vs. Board and the internet is littered with stories of parents of black children fighting tooth and nail to ensure their kids get the education they deserve, I am at a loss as to where this realm of racial happiness and educational equity might be.

But really, I gotta have some empathy for these moms. I mean, the suit says, "Jennifer lives each day with fears, anxieties and uncertainty about her future and Payton's future." Wrongful birth? Sounds more like they're filing a "wrongful racism" suit. Life was mostly awesome until that sperm bank inserted a dose of blackness.

Imagine if Jennifer had been born black and had dealt with those fears her entire life. Gosh, would she even be functional? Or would she be like some black folks and be up in the therapist's office sobbing about microaggressions and whitening resumes to get a job and how enraging it is to be told racism is over who say it loud: I'm black and I'm proud. Because Barack Obama and Beyonce.

Actually, I hope this lawsuit wins. If it does, I am suing somebody. Maybe I'll sue Notre Dame since my parents got married in the log chapel on campus. I'm gonna be like, Notre Dame, you TRICKED my white dad into falling in love with a black woman and then you agreed to join them in holy matrimony. Thanks to that deception called true love, I have been DENIED the opportunity to have a white mother and be white. Thus, I have suffered egregiously under the burden of 40 years of racism.

I'll even include how when I was two-years-old the 10 or 11-year-old girl down the street called me a nigger and tried to steal my kittens and so I attacked her. Yeah, that can be proof that from the very beginning of my tragic mulatto life I have dealt with fear and anxiety and the poison that is racism in America.

Then I'll file a second suit--how about we make this one a class action suit against the entire United States--on behalf of all parents of kids of African descent.

In the suit I'll cite how last Saturday my 13-year-old son, Mr. O, attended a day-long conference for African American male teenagers. It was one of those "Hey Black Kid, You Are Awesome Even if America Says You're Not and P.S. You Are Going to College" kinds of conferences. O came home with a bevy of flyers and pamphlets about educational, leadership, and service opportunities. He had also been given a card: A four-inch by six-inch primer on what to do if you're stopped by the police.

I saw him reading the card and then I felt emotional distress because I thought, holy ishtar, what would I do if my sweet son got gunned down by cops just like Michael Brown did in Ferguson, Mo., this summer?

Dang... poor Payton really should be included in this class action suit cos since she's not 100 percent white, she actually needs to know tips like "Don't get into an argument with the police," and "Keep your hands where the police can see them."

If I win, the court will award every parent of a black child in America 40 acres and a mule. Even Jennifer and Amanda.

I know, I know. It's not gonna happen. But here's a future no one needs a crystal ball to see: In 11 years, Payton is gonna be a moody, pissed off teenager and she's gonna google her name. Just wait till she finds out how hard Jennifer and Amanda were singing their "It's Hard Out Here For a White Mom of a Biracial Kid" tune.
Email Post
Labels: parenting race

Unknown said…
I still can't believe that this is the reasoning behind their lawsuit! Like, I totally understand suing because you went to a sperm bank, and choose your "baby", and were given another one. There's definitely a place for that.

But to back it up by saying things like "it's cuz she's black and we can't comb her hair easily." Like, do you not realize how incredibly, disgustingly racist that is, and the message it's probably sending to your daughter? For one, is this their first realization that racism exists, and second - if most of the racism you're experiencing is coming from FAMILY members, then you need to stand up for your daughter and tell them off.

Not only will this little girl have to deal with racism out in the world, she has to deal with it at home from her mothers who are filing this huge suit on the sole basis that she's black. It's disgusting.
1:34 PM, October 05, 2014

Ally D said…
I'm a white sister of a dark skinned Cuban and Puerto Rican brother. I totally get a peice that that lawsuit you're filing!

Anonymous said…
You guys are idiots. If anyone has the right to sue America is the Native American. There ones that got scewed. But you don't hear them complaining. Stop worrying about other people business and mine your own. Oh maybe instead of saying let's sue because we want shit handed to us and cry about shit. Whu don't you change it. Oh what that is to much like right.
8:43 PM, October 08, 2014