It's Not Just LEGO Blocks: Sparkly Pink Is Often Girls' Only Choice 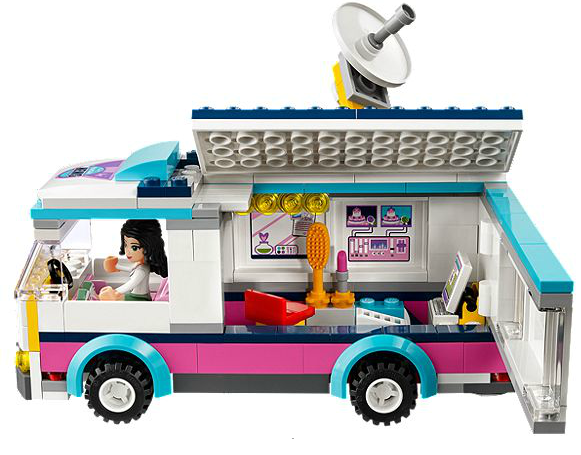 Even though my uterus has a neon CLOSED sign flashing across it, sometimes I fantasize about having a daughter. After she's born, I'll mold her into a cross between Zena Warrior Princess and Nefertiti. Intellectually unstoppable, physically strong, a defender of justice and unity. And, despite all attempts by LEGO to lure her to the darkside with news trucks constructed of hot pink building blocks--complete with a makeup table--she'll want LEGO sets made with primary colors. Then we'll send a letter to LEGO, with a picture of her playing with those primary color LEGO blocks. The caption? How Ya Like Me Now?

Despite my Zena Nefertiti fantasy, there's probably some karmic reason I have two sons. It's like the universe is telling me, "Look, Liz, you don't have what it takes to raise a sane girl in the 21st century." (Yes, science people, I know it's the fault of my husband's chromosomes that I have boys. Just pretend it's the universe, mmkay?)

That's not to say that it's easy to raise sane boys. I'm sure plenty of parents that only have daughters wonder how the heck parents with sons manage to keep their boys away from the endless onslaught of military/kill/wrestle/kill/racecar/kill/action/kill/masteroftheuniverse madness that's found in the "boy" toy and clothing sections of every store.

But when I go buy my sons a shirt, there are a variety of color choices. I can find a dark purple polo shirt, a light pink one, a light green one. Purple and turquoise skinny jeans? Those are available for purchase and made by that uber masculine American brand, Levi Strauss. Do they come in lavender? No. Hot Pink? No. But there are some choices.

Walk past the girls' toy and clothing sections of most stores and the choices disappear. The clothing is a hot mess of pink and lavender, complete with sparkle-encrusted tutus, shirts that looked like a bedazzler threw up on them, and jeans with magenta applique hearts and stars sewn across the rear. And then there's this from my dear Queen of Spain.

Just as LEGO blocks don't have to be stereotypically made in pink and purple for girls to enjoy and build with them, Jesus take the wheel, 8-year-olds don't need push up bras!

In fact, back in the Dark Ages when I was a child, manufacturers knew how to make clothes for girls in neutrals and primary colors. And not just for horrid school uniforms, either. Check me out dressed in gray pants and a navy blue sweater. Navy blue, people! 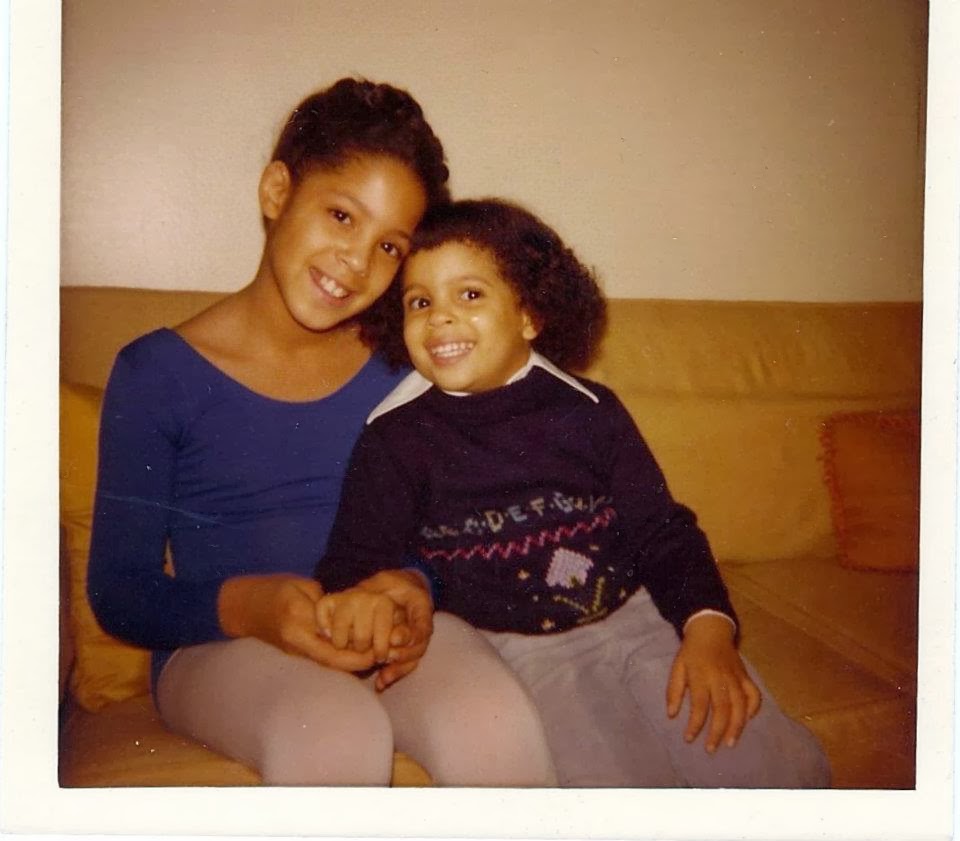 It has the alphabet on it. There's a little flower, sure, but do you see any sparkle? Nope. And check out my sister's ballet leotard. It's a royal blue color--no pink to be found. I bet she could still do a grand plié in it.

What I'd want most for my Nefertiti Zena fantasy daughter is for her to have choices. If she wants to dress in all black, go for it. Mommy will be SO happy and I'll be thrilled to take her to her first Depeche Mode concert. If my daughter wants to wear all black with a hot pink tutu? Girl, do you. If she wants hot pink from head to toe, my eyeballs may burn, but okaaaay.

What do parents do if they don't want to buy their daughters all that pink/purple/sparkly stuff? Do they just have to shop at the boys' department? Is it even possible to get girls' clothing that doesn't look like sparkle barf? From this vantage point, too often that seems to be the only choice--and that's just wrong.
Email Post
Labels: Clothes gender equality lego sexism toys